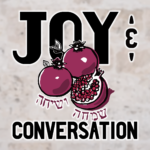 In this episode, we speak with Devin Naar about the Jews of Salonica. Devin is the Isaac Alhadeff Professor of Sephardic Studies, Associate Professor of History, and faculty at the Stroum Center for Jewish Studies in the Jackson School of International Studies at the University of Washington and the author of Jewish Salonica: Between the Ottoman Empire and Modern Greece. Devin discusses Sephardic Jewish history; the history of Ladino speaking populations in North Africa, the Balkans, and the Middle East; and centers the conversation around the city of Salonica and the legacy of Jewish life in the city and its diaspora.

Learn more about the Joy and Conversation at www.joyandconversationpodcast.com